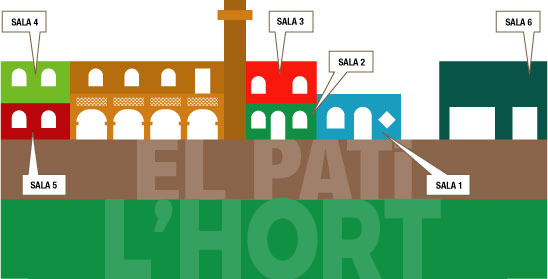 Hall of inventions of the XIX and XX

The Rubí Vallhonrat Ethnographic Museum has six rooms where a wide range of items coming from different places are classified into areas depending on its subject matter.

You only need to open the door of the wine cellar to be astonished by the smell coming from the twenty chestnut tree and oak tree wood wineskins, and which were part of the Vallhonrat Masia wine cellar.

At the Rubí Vallhonrat Ethnographic Museum we can also visit the furniture room; there we will find a wide range of pieces of furnitures that decorated the nobles houses around this area.

When one visits this room one realizes this is the one containing most part of the museum’s pieces. There are about 1.000 pieces and they all come from different places and periods of time. Each showcase has a different subject matter.

The Rubí Vallhonrat Ethnographic Museum weapons room holds one of the most complete, outstanding collections. A big amount of these weapons have been used in the most important battles held during the last centuries. 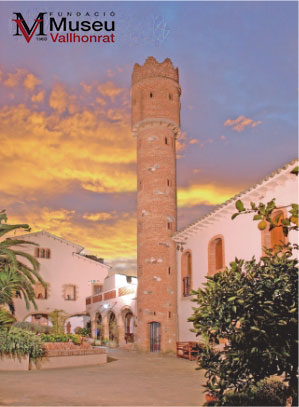 The Vallhonrat Ethnographic Museum of Rubí started at the middle of last century when Miquel Vallhonrat and Brau started in the world of collecting, initially with family pieces from the early eighteenth century, and continued contributions received made her clients and rubinenses; then he went to get the parts, with the passion to collect and classify all he had some endearing.

As a young man his son Peter became interested in the condition of his father and is currently the curator of the museum, so the museum is part of their lifs, and in the future will be their daughters, and Nuria Ana, which will continue with the same enthusiasm the task that her grandfather started many years ago.

In recent years there has been a significant boost looking for the history of each piece, thus completing, collections started and making new ones. Currently, they have about 8000 pieces, all exposed by subject and collections throughout the six rooms available to the museum. There is a sixth room dedicated to the artist Pons Cirac, The Angel of Glass.

The building is situated on the estate where they lived and worked carpenters of Vallhonrat family from mid-eighteenth century. From the outside stands a water tower made of brick that can be seen from various points of the town. The courtyard of the museum was conditioned, were planted three olive trees that are the beginning of a garden that connects with the construction of a new space of approximately 800 m2, divided into two halls exhibitions, plus a basement. The construction of the new space, Vallhonrat auditorium, was completed in 2009, and wants to be a place where everyone can enjoy exhibitions and other cultural events in the same city.

The Ethnographic Museum Vallhonrat is a gateway to knowledge of the past, where they often come new pieces that help us learn from our ancestors. The will and the way the future is going to take weight slowly to the cultural life of Rubí, and by extension that is known by all those people who value and love his roots, people who appreciate their origins and you can learn from the not too distant past.

In December 2017 it was decided to establish the Vallhonrat Foundation with the aim of making it last over time, preserve, disseminate, conserve and expand the ethnographic collection. At the same time, organize cultural and artistic events to publicize the local museum collection and culture itself in general.